What is a ‘folk tale?’ When does modern become traditional, and anecdote become received wisdom?

For my book Botanical Tales, I’ve been researching the traditional folk tales recorded from many different parts of England, Wales, Scotland and Ireland, looking for stories where wild plants and trees play a central role, and relating these stories back to the folklore of plants and the landscapes where the stories come from. It’s a path strewn with rich insights into how the land of these islands was viewed and worked in times past.

Richard Mabey’s excellent Flora Britannica project, back in the 1990s, was a comprehensive attempt to gather plant folklore from all over Britain. At the time, he called the project “the post-modern folklore which… may yet be the best bridge across the gulfs between science and subjective feelings, and between ourselves and other species.” Quite rightly, this book is a key reference for anyone interested in the connection between people and wild plants.

However, there’s a difference between plant folklore and plant folk tales. 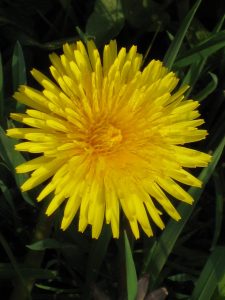 Folklore tells us of the cultural associations and traditions that people hold. For example, Roy Vickery in his book Garlands, Conkers and Mother-Die notes that dandelion juice is widely considered to be a good cure for warts, that the simple pleasure of blowing on dandelion clocks to tell the time has variants throughout Britain, and that in Elgin there is a belief that dandelion seeds are fairies.

Folklorists such as Mabey and Vickery have openly embraced modern plant folklore as part of a live tradition that changes as our landscape changes. I love Mabey’s recording of Himalayan Balsam being re-named ‘stinky-pops’ by Hertfordshire children, because of its strong scent and explosive seedpods.

Folk tales are stories of place that have been passed on through generations. They hold a narrative, they usually have a beginning, middle and an end, and often include a curious twist or magical intervention. The latter is generally what makes these stories interesting. And, as with folklore, story is a living tradition, and new folktales are still being formed. Some will survive, some won’t. 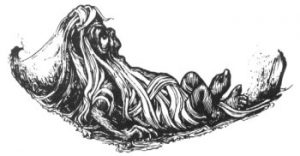 Back to the dandelion. The story of Yallery Brown was considered by Alan Garner to be the most important British folk tale of all. It’s about a dark-humoured dandelion spirit who delights in wrecking the entire life of the unfortunate man who stumbled across him in a field. It was collected by Marie Balfour in Lincolnshire in the late 1880s. Yallery Brown is a deeply disturbing little story that is still haunting me, months after I started to work on it.

I don’t want to draw too sharp a distinction,  since folklore and folk tales about plants are clearly close relations. Both are precious parts of our heritage.

But right now, it’s the stories I am after: those stories of wild plants across the British Isles that can be told, shared and enjoyed by new audiences. Local stories, linked with a particular place or even a particular family. Old stories, and recent tales. Stories that perhaps haven’t been written down, but have been told from person to person.

If you know of a story, ancient or recent, that originates from somewhere in the British Isles and where plants have a key role – and you would be willing to share it as part of this project – then get in touch! I’d love to hear from you.

You can drop me a line here.